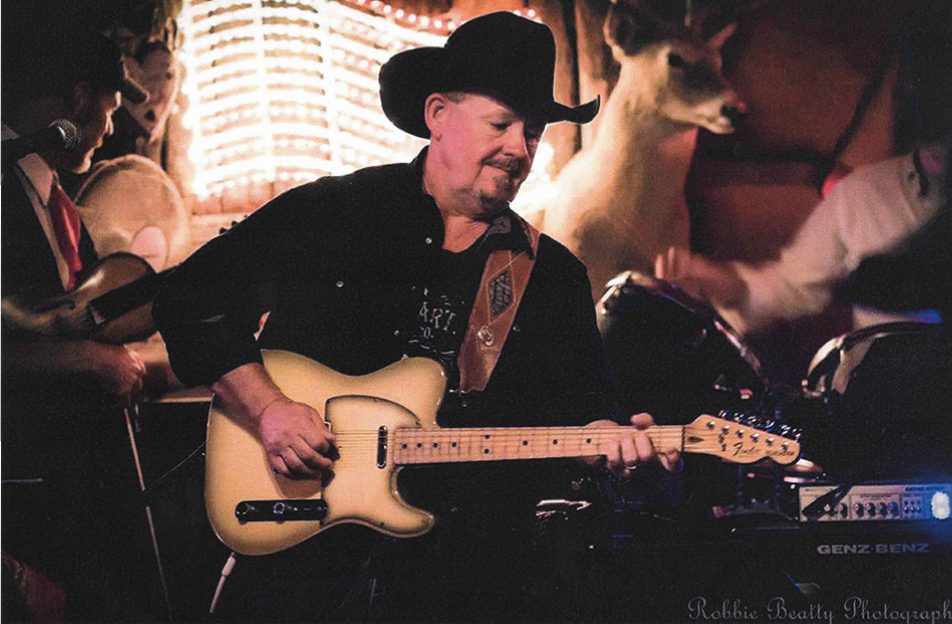 A Native Texan born in Amarillo with his childhood home in Aransas Pass, Darrin’s passion for traditional country music started at an early age while listening to his father, Gene, sing tunes by Roger Miller and Buck Owens. Darrin started playing guitar at the age of 8 and started his first band at 14. Fate took him to Alaska where he played clubs on the weekends and began to learn the music business. Moving back to Texas in 1976, he started the Make Mine Country Band, with his dad on bass, while his popularity as a hardcore country singer grew across South Texas. One of his proudest career contributions was donating his band to play the very first Fulton Oysterfest in 1979.

Darrin started his solo career in 1980 and was the headliner at the legendary Western Palms in Corpus Christi for 3 years. Darrin recorded”/ wish I had the Job Paycheck told them all to shove” and “Pretty Papers” both received regional airplay and he soon became the premier opening act in South Texas for country super-stars like Merle Haggard, Gene Watson, Conway Twitty, Ricky Skaggs, Vern Gosdin, and Barbara Mandrell.

In 2011, Darrin, his brother Cash, and Gene recorded their CD “That Brown Charm” at Willie Nelson’s Pedernales Recording Studio in Spicewood, TX. The CD covers great traditional country songs, a touch of southern rock as well as originals songs written by Darrin and Gene. Country Legend Johnny Bush said “That is one of the best country CD’s I have heard in years”.

In 2014, Darrin was honored with an induction into the Texas Country Music Association Hall of Fame.